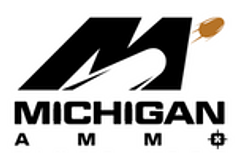 to the MPCPA Web Site

History of the Governor's Twenty

The association was formed in 1973 by a group of police officers to enhance their shooting skills. They decided to make it more interesting and fun by competing against each other. All police officer/reserve officers were invited to join in the fun. The group was growing so the members decided to form an association. The Board of Directors and bylaws were then compiled. You had to be a police officer/reserve officer and a member of the NRA to become a member. The board decided to have one large awards banquet at the end of the year instead of several banquet during the year. The membership dues were decided upon and that is used to pay for the awards. The awards are divided into four or five classes. From top to bottom there is a high master, master, expert, sharp shooter, and marksman.

In 1990 the membership was opened to civilians. They received the same type of awards and had a class. Thus, the police division and the civilian division were formed. Your year end scores are determined by your six best scores through the season. You are able to shoot in as many matches as you wish. In order to qualify for the awards you must have six scores. The indoor season starts the end of October and runs through March. The outdoor season starts in June and runs through September. You are required to shoot four (4) out of (six) 6 sanctioned matches in the state of Michigan, one of which must be an NRA registered or approved. At the year end banquet the top 20 shooters from the police division along with their award will receive a letter from the Governor of the State of Michigan in recognition of their achievement. The top 20 civilian division along with their award will receive a certificate of recognition from the M.P.C.P.A.